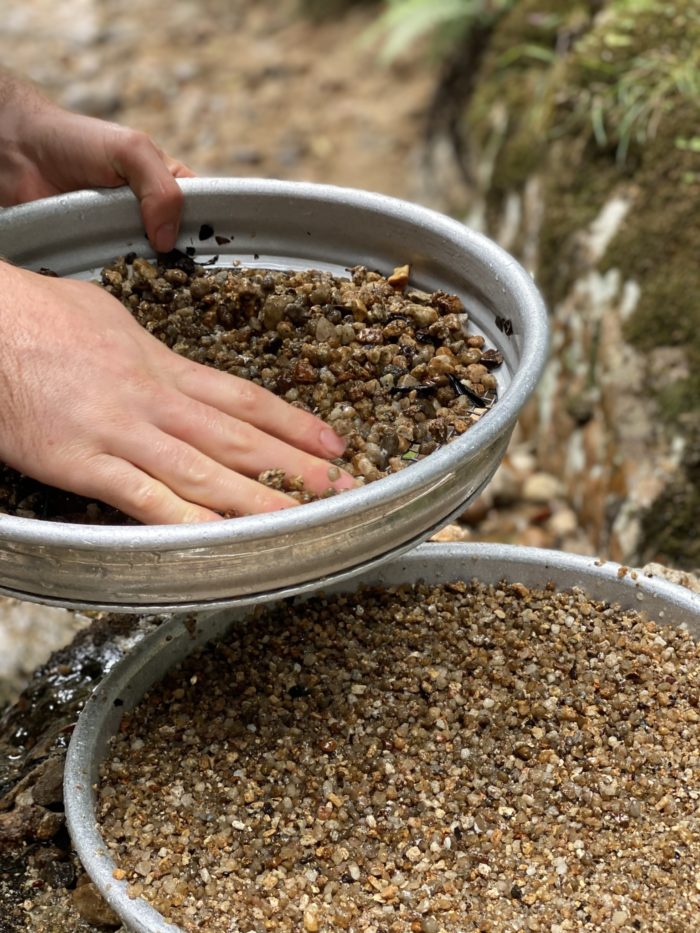 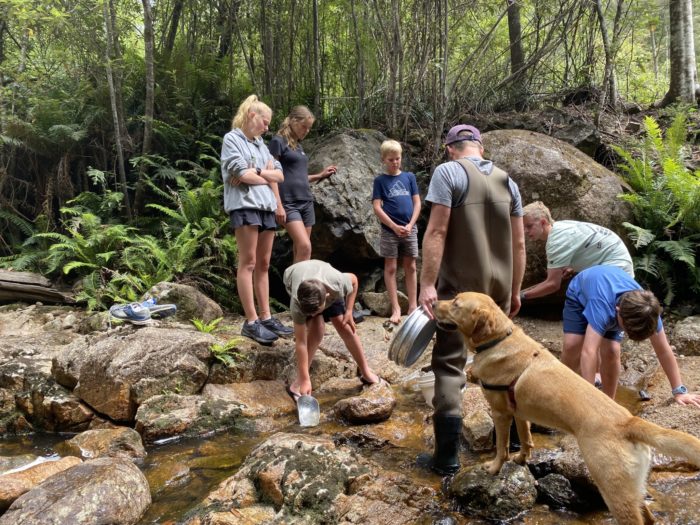 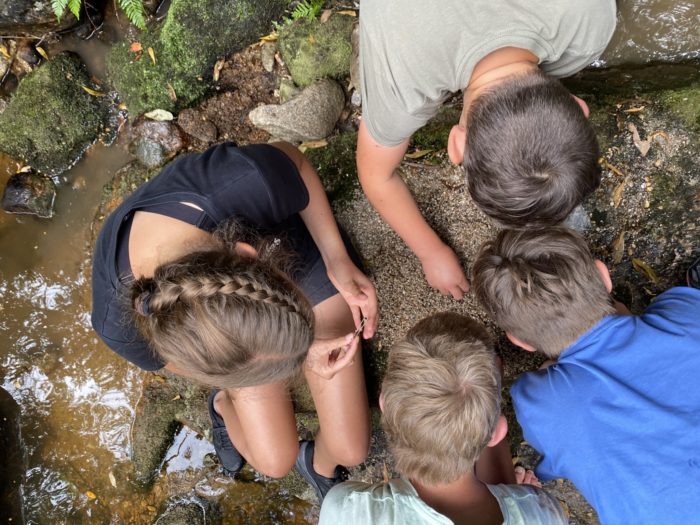 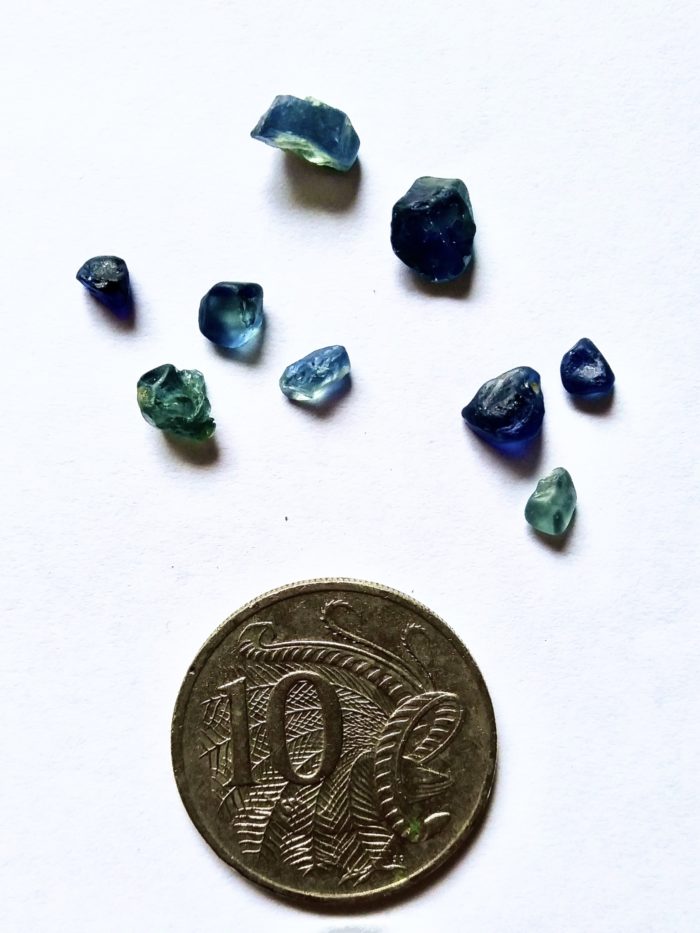 Come Fossicking for Sapphires in the Tassie Wilds

Jordan’s gem-fossicking hobby sees him driving to the Weld River at Moorina (10 minutes from Derby) on the weekends, returning home freezing cold from a day wading the riverbed for precious stones. So it’s little wonder that sapphire stud earrings were a gift for the girlfriend, who became his fiancee with a sapphire engagement ring. That same woman became his wife, and she often wears a beautiful sapphire pendant bearing the precious stones he plucked from cold Tasmanian rivers.

“We’ve been fossicking together too. It’s something special we share,” Jordan said.

Okay. Enough of the sentimental stuff. You’re here because you want to know how you can get your hands on these pretty blue sparkles!

Firstly, you should know that fossicking for gemstones in Tasmania requires a licence.

However… thanks to the Mineral Resources Development Act 1995, there are 11 areas that have been set aside for non-commercial use by fossickers like you, Jordan and Karina. Read more about the licensing dos and don’ts here. Even though these spots are set aside for recreational use, there are still some strict protocols you’ll need to adhere to, like not digging lower than 2-metres, not using a metal detector and so on.

One of the designated fossicking areas is a 2km-square patch on the Weld River, adjacent to the Tasman Highway at Moorina. That’s where Jordan suggests you start, especially if you’re staying at the Dales and adventuring around Derby.

How to fossick for sapphires

Google it. The sieving motion is a bit of an art, so it’s worth watching someone doing it on YouTube before you have a go yourself.

Something else worth knowing is that the mineral Blackjack (black spinel) is often found in the same places you will find sapphires. As the name suggests, this stone is opaque black with a sheen.

“It’s a bit of a telltale sign that you’re getting close to finding some sapphires when you dig up a lot of Blackjack,” Jordan said.

There are other semi-precious stones to look out for too, like topaz (clear with a blue-green tinge) and zircon (beer bottle amber colour).

And finally, bring a heap of patience. Sometimes Jordan finds nothing or just a smattering of smaller stones, but then there are the victory days when he lands a stone worth taking to a jeweller and sending away to be cut. Over his four years fossicking for sapphires, Jordan has found about 60 sapphires large enough, and of high enough quality, for cutting.

“I often go in winter, because that’s when floods rearrange the rivers. It’s cold, but it’s an adventure. A bit like fishing really, there’s always a chance you’ll catch something big!”