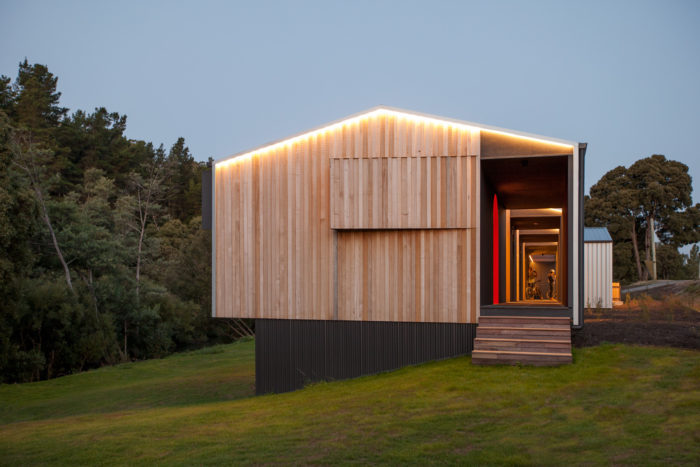 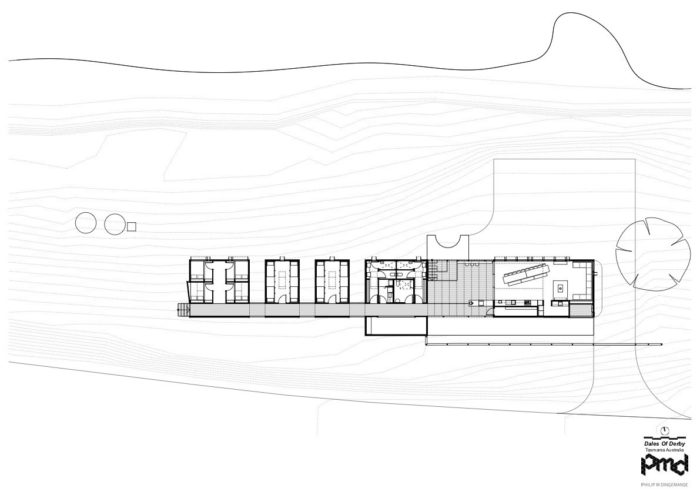 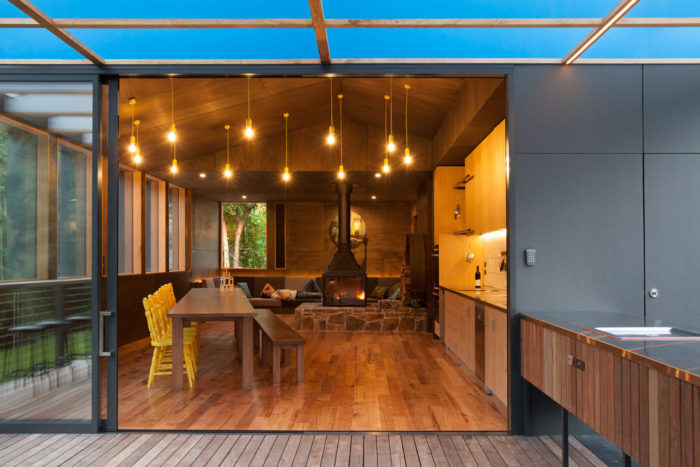 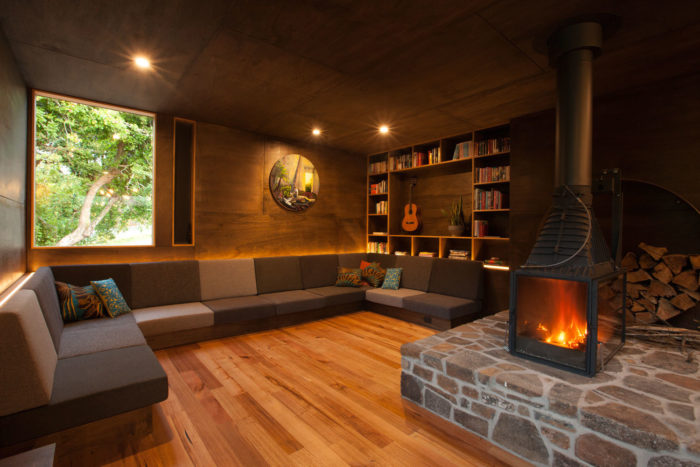 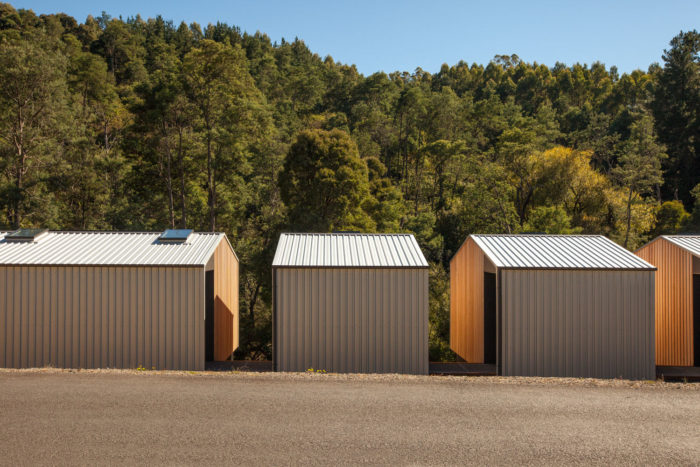 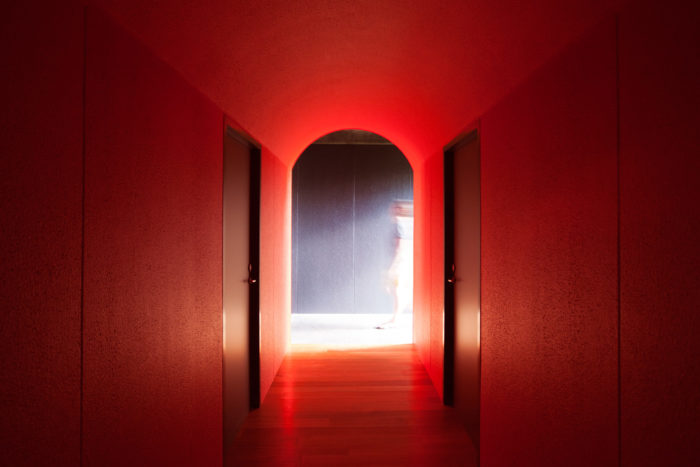 "Arch Daily has published Dales of Derby, and with over half a million daily readers, the curators select the best architecture worldwide for its international audience."

Text description provided by the architect.

Located in the picturesque region of northeast Tasmania, Australia, Dales of Derby is a place to stay next to the river on the edge of town. An introductory building to the small village of Derby, a gable roof suggests a link to the local mining, timber and farming history, calling to mind utilitarian tin miner accommodation, high country slab hut or tractor shed.

Facilitating single groups of up to 24 people, the building presents a series of varied experiences, perhaps even evokes a certain memorable naivety of fun, friends, kids, and a splash of primary colour, a splash in the river, a fireplace, a social place, a place to remember.

The built form is a singular functional object separated into pieces and strung out across the hill between road and river. Gaps become significant framing moments of eucalypt forest while nighttime gable lighting castes a permanent golden hue to greying timber walls; a memory of the raw timber cut, glowing on the outskirts of the township.

The Dales of Derby is a base for adventure focused around the burgeoning town, where mountain biking is a key attraction. Set within a rugged framework, the architecture seeks to capture the spirit of a fun time away and of somewhere memorable, from the red vault, to blue from above, of yellow lights and warm timber interiors, and of being outside but protected from the rain and sun.

An intentional clarity and rigour to the form making and site response is created by three architectural operations to a singular narrow primary gabled functional object. The gabled object is cut into seven pieces with four pulled apart. The centre part of the remaining larger pieces has its walls removed to create a covered gap, so becoming the main protected outdoor space. An end piece that doesn’t fit on the site is rotated, relocated, squeezed up against and so engages the roadside elevation with a repeat of the gable form. When passing from the elevated street above, the gaps rhythmically break up the building and frame the forest beyond.

Though readily identifiable as contemporary, the form and external materials allude to Australian vernacular corrugated metal and timber buildings. Timber of the gable ends may be characterised as raw cuts of the singular object, in contrast to the metal sheet. The vertical striation of continuous metal wall to roof material finish reinforces continuity of the built form, so amplify the gaps between its parts. Dark metal subfloor cladding further enhances the gable form against the sloping site.

The retreat is both a series of hut like structures and a single building, while the varied front picket fence and gate is not unlike the assortment of boundary structures in the village. The generous covered deck engages with the road above in a public gesture inviting interaction, while its roof is supported with more columns than are necessary, so becoming a visual link to tree trunks beyond the river. They are something to lean against or somewhere to park the bike.

With a direct physical and visual connection to the northern river, the all-weather protected outdoor space associated with the kitchen and dining is the social heart and central to the scheme. From this space, the building parts are linked by an open access way.

Windows of the dining area focus to the forest so shielding the onsite parking area, while the lounge is more enclosed in character, capturing the view to an old apple tree in the foreground. Bunkrooms are located west with the single rooms at the end. The red vaulted foyer to the single rooms references a mining tunnel now incorporated into the mountain bike trail network. A narrow north facing strip window subtly articulates the western façade - the first building on arrival to Derby.

for link see www.archdaily.com
Take Me to the Next Post